Postmemory: Fragments and Postmemory: Crypt are two new video works recently on display at Holocaust Centre North, University of Huddersfield. Created by Ben Spatz with Nazlıhan Eda Erçin and Agnieszka Mendel; with additional texts by Lindsey Dodd and a guest talk by Nafhesa Ali (29 June). The exhibition was launched as part of the Cultures of Place Festival and ran through Thursday 18th August 2022.

The videos presented in this exhibition follow the encounters of the Judaica project lab team with ruined and partially restored synagogues in Poland: a kind of research on place as well as memory. In these places, we encountered the relics of genocide alongside museum exhibits, archival traces, and objects ranging from the mundane and kitschy to the downright racist.

We lay our songs and our bodies against the particularities of each site. We did not plan what would happen or draw explicit distinctions between memory and imagination, tradition and invention, the proper and the improper. We worked with care, supporting each other in our practices. As each of us takes the role of performer in turn, we perceive different aspects of the place and respond in different ways.

presented in the Toni Schiff Auditorium

presented at the research table in the main space

“‘There were bodies everywhere’: childhood memories of Partition, gendered sexualities and (inter)generational ageing in the UK.” Nafhesa Ali, University of Manchester. Wednesday 29 June @ 17:30, with refreshments.

How do memories of the past impact on ageing experiences in the present and on (inter)generational relationships? Trauma, memories from the place of birth and passing on transnational (inter)generational gendered identities will be explored in this talk, in relation to older South Asian migrant women (between sixty and eighty years old) who settled in the UK and have lived there for the majority of their adult lives. 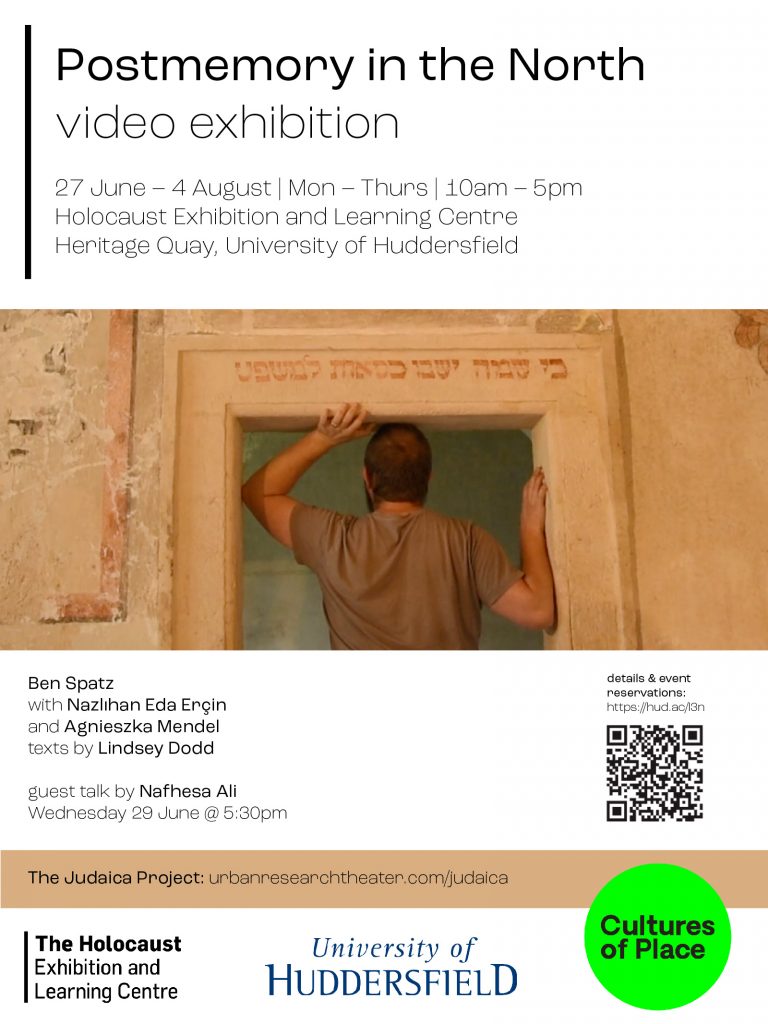