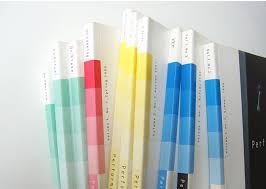 I turquoise-sunray-polish it;
I tzinitzcan-bird-feather-mount it;
I recall the place where song originates.
I zacuan-bird-arrange a good song,
I the singer;
I precious-turquoise-scatter it.

—Cantares Mexicanos, cited and translated by Gary Tomlinson, The Singing of the New World: Indigenous voice in the era of European contact (2007)

Seemingly narrower than related concepts like music and voice, song opens onto specific territories and questions of its own. What is a song? Where do the borders lie between song and music, voice, language, noise, sound, rhythm and melody? What are the powers and forces of song—material and otherwise—and what is it that allows song to so vastly exceed the sum of its constituent parts? Is there an indissoluble link between song and the human, or between song and life?

There is evidence that early human species were able to dance and sing several hundred thousand years before homo sapiens sapiens emerged with the capacity for speech as we now know it.

—John Blacking, A Commonsense View of All Music (1987)

We propose to collect essays and arguments that extend song as concept and as practice. This issue of Performance Research will be richly seeded by thirty years of CPR’s Giving Voice Festival while also looking to chart a radically expanded field of song and songwork. We invite contributions from scholars and practitioners who work with song in unexpected, inventive, critical, passionate ways. We particularly encourage contributions that draw on diverse disciplines and cultures, especially those that have historically been marginalized in performance studies.

Where shriek turns speech turns song—remote from the impossible comfort of origin—lies the trace of our descent.

—Fred Moten, In the Break: The aesthetics of the black radical tradition (2003)

In many performance cultures, song is an integral element of theatre. Since the 1960s, white avant-garde artists like Roy Hart, Jerzy Grotowski, Meredith Monk and Robert Wilson have increasingly used song as an organizing principle for theatrical works. Often drawing upon diasporic and indigenous song traditions, their intercultural projects have provoked important conversations about lineage, authenticity and appropriation. Meanwhile, artists linking tradition to innovation in postcolonial contexts continue to present essential challenges to Eurocentric ontologies of song.

Where are we with song today? How have experimental approaches to vocal performance affected the concept of song and its placement in artistic, cultural and geographic contexts? What can be done with legacy technologies like European musical notation and with colonial concepts like ‘world music’ and ‘traditional’ song? What explains the recent focus on song in popular culture, a globalized phenomenon leading to a raft of media programmes like Glee, Pitch Perfect, The Voice and, most recently, All Together Now? At a time when intellectual property debates are increasingly polarized and chaotic, what are the powers and responsibilities of performers and performance scholars with their particular understandings of embodiment, liveness and mediation?

[S]ongs, as a rule, are not composed simply to be listened to for pleasure. They have work to do, to serve as funeral dirges, as accompaniments to dancing, or to serenade a lover.

The following list is only an indication of some of the areas we hope to explore through a focus on song. We welcome contributions that push the form of artistic research and academic publication.

As for the nightingale’s song, it has always had for me the extra resonance of oratory. It hovers on the edge of speech, of dramatic monologue.

—Richard Mabey, The Book of Nightingales (1997)

All proposals, submissions and general enquiries should be sent direct to the PR office: info@performance-research.org

Issue-related enquiries should be directed to the issue editors: