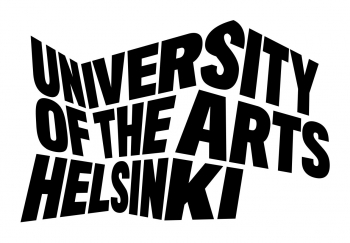 I was very grateful to be invited by Esa Kirkkopelto to present both my theoretical and practical research at University of the Arts Helsinki last month.

On the morning of Tuesday 17 January, I presented a 90-minute talk about the relevance of post-Grotowskian practices today and the cultural and political issues raised by the use of ‘world song’ by practitioners like Song of the Goat Theatre, the Workcenter of Jerzy Grotowski and Thomas Richards, and the Wooster Group. The session was thoughtfully organized so that my presentation was followed by another 90 minutes of open discussion in which these ideas were challenged and deepened.

I also offered a six-hour workshop, from 18:00-21:00 on Tuesday 17th and Wednesday 18th January. Following the first day of work, I wanted to allow for some verbalization but not to open to freely into a theoretical discussion, which I preferred to save until after the second day of work. I made use of a structure that I developed while moderating artist talkbacks at Movement Research in New York City. In this case, I invited workshop participants to ask any questions that might have arisen from the work. But I strictly forbade myself to respond to these questions verbally at that time, instead trying to integrate them into the second day of work.

(At Movement Research, I would begin discussions by inviting audience members to ask questions and forbidding the artists to answer them. The idea was that having to absorb questions into the artistic process rather than answering them in words would stimulate a productive feeling of frustration.)

The following questions give a nice sense of the nature of the work: