Ethics of the Scribble 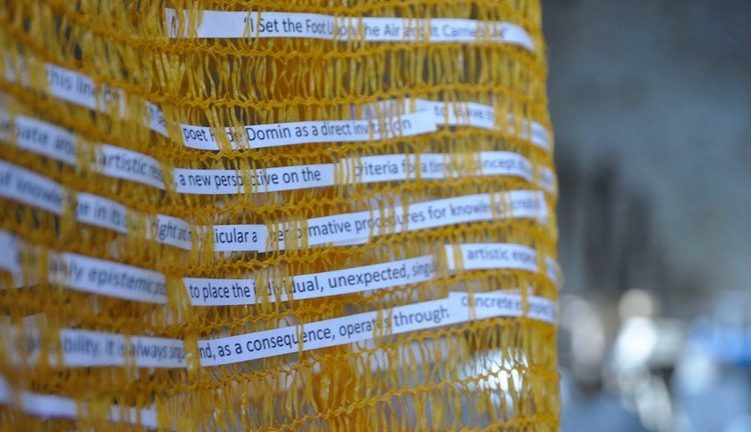 ‘Ethics of the Scribble”

This symposium was hosted by Mary Paterson, Libby Worth, and Dick McCaw to launch TDPT 7.2, a special issue ‘On Showing and Writing Training’. Speakers responded to the variety of visual materials presented in the journal and discussed the issues they raised. Audio recordings of all the talks can be found here:

I want to say something in the spirit of a provocation. I don’t know if it will be too provocative but I’m going to try to compress an argument into these ten minutes.

I want to say something about what the drawings or doodles or diagrams represent. If they’re not abstract drawings on a page then they refer to something, they refer or depict or represent or trace or document some thing. I want to propose that, at least in some cases — and maybe we could push it and say many or all cases — that thing that they refer to is not the practice, is not the moment of practice, for example a specific day where something happened or a specific rehearsal or a specific process. It’s not that, it’s something a little bit abstracted from that.

I’ve been trying for some time to apply the study of science to embodied practice and studio work. Particularly the sociology of science and the history of science. And I’m doing that specifically rather than the language of science itself. So, not what scientists say about what they’re doing, but what sociologists and historians say about what scientists are doing. When scientists talk about what they’re doing, they treat their objects of inquiry as very hard. That’s why we call it the ‘hard sciences’, and if we use the phrase ‘hard sciences’ in general, that indicates that we accept the story that the sciences tell about themselves, which is that their objects of inquiry are very hard [very reliable]. And then we can make a spectrum of hardness, where we have the ‘softer’ sciences, and then we have the humanities where the objects of inquiry are very soft and woolly, and then we have the arts, where in a romantic paradigm there is no object of inquiry. We’ve arrived all the way to the place where what’s produced is something totally unique, the unique practice or the unique genius of the individual, or the unique work of art, and so there isn’t really an object of inquiry. So we can have this spectrum.

One of the things that I think this issue [TDPT 7.2] is doing that I really value very much is getting at a kind of middle ground in terms of this hardness or softness of the objects of inquiry in these practices. And I think it’s moving away a little bit, almost pushing back, against a previous tendency that was all the way at the extreme end of the romantic paradigm, [which asserted] that there was no object of inquiry. I’m referring to the idea of performance as ephemeral, the ephemerality of dance, the ephemerality of practice. But also to what the photograph does, where a photograph, because it’s so detailed, and really does draw you very often — not all photographs, but a general photograph [for] documentation — can draw you very much to the individual practitioner. And even to that [specific] moment, because you see what the light was like and what chair [was used]. It’s so detailed that we can’t see a separate object of inquiry, because we just see that person in that moment.

But with diagrams and doodles, there’s a degree of abstraction. And there’s many kinds of abstractions, which is what we saw in this wonderful typology [John Hall’s presentation]: all these very different kinds of abstraction, which is the whole focus here. But whatever the drawing is, it doesn’t go all the way to the extreme of the individual. It produces a kind of abstraction, there’s a kind of object of inquiry or object of practice that emerges, whether it’s an exercise or a process, that’s separated from the practitioner. I think that, in the context of earlier discourse about performance that said it was totally ephemeral, or the romantic idea of the unique event, there’s a movement towards a little bit of a hardening of the object of inquiry: a separation of the object of inquiry from the practitioner and from the specific practice. And I think that’s still kind of controversial, which is why I said that I’m speaking in the spirit of a [provocation], but I think it actually is quite important.

I brought, as a show-and-tell object, one of the books I’ve been looking at, which is a study of science from the perspective of someone who was a scientist — the German Hans-Jörg Rheinberger — but then became a historian of science. So he shifted out of the science conversation and moved into the history-of-science conversation, and is therefore looking to soften the objects of science. To not just take scientists at their word on how hard the objects are but to [find] a middle ground. And he has a wonderful essay at the end, a little essay called ‘The Economy of the Scribble’, which is about the scribbles that come out of scientific laboratories. So he’s taking the attention off of the science journal publications, where they declare the hardness of the objects of inquiry, and they say: ‘We have found the Higgs boson. It exists.’ And he’s looking instead at the economy of the scribble. So we have this page of handwriting, diagram-type stuff. So he’s softening the objects of scientific inquiry in a way that for me speaks directly to what I’m trying to do in hardening the objects of embodied [research]. There’s a kind of middle ground that we can meet on.

I’ll read you one paragraph, just to give you a flavour:

‘Laboratories as spaces of knowledge production generate a wealth such primary scriptural traces: excerpts from the scientific literature; notes on basic concepts, fragmentary ideas, or striking correlations; sketches of experimental setups; running data from a single set of experiments; tentative interpretations of experimental results, and corrections of such interpretations; provisional calculations; calibration protocols of existing instruments; designs for new equipment, and so on. These and many other traces of research activity are invaluable sources for historical analysis. They lie between the materialities of experimental systems and the conceptual constructs that leave the immediate laboratory context behind in the guise of sanctioned research reports.’ (Rheinberger, An Epistemology of the Concrete, 2010: 245)

Why is that important? What does that do? Well, in this writing on science, there’s this idea that laboratories or experimental systems or structures of experimentation are machines for making the future. And this phrase ‘machines for making the future’ comes about because of the idea — well, the fact, the historical fact — that in a laboratory you can do very small, detailed things, but because those things are separable from the individuals who are practicing them and from that experimental event, because of that separability, that reliability, what you do, even if it’s tiny and detailed, can transform the whole world. If it was not separable, if it was just like I did something in my body and in happened, then it wouldn’t have this kind of world-making [power]. It has that [power] because it’s separate, because the object of inquiry is separable, it has what I called hardness.

So I think that if we don’t put our attention a bit on this other level of things-that-are-depicted-by these drawings and doodles, which are not the practice but which are the object of inquiry — or I would call them the technique, the structure of practice — if we don’t look at that, I think we’re missing an opportunity to articulate and to think about the importance of what’s happening in those spaces as machines for making the future — or maybe not machines but as processes for making the future. The corollary of that is that if we look at these diagrams we can see possible futures. Not just things that happened and traces of things that happened, but: What if those were the structures by which the world was organized? What if the main categories of education were the Laban effort qualities? That would be one kind of world. What if the main categories for institutions in the world were types of song? That would be another kind of a world. And maybe those are extreme visions of the world, but the world is mapped in those ways. And so I think when we look at these diagrams, we can look at that middle layer as a source of possible worlds.